To read the first part of the article, click here…

Much much much later…

After all the sequencing and genotyping is finally done, it’s time to measure how good the results are. As usual, there is no single, perfect measure for calculating performance. Every measure has a different problem. Let’s go through some of the possibilities!

Concordance is a widely used and easily understandable performance measure that can be calculated on different levels of resolution.

Why do we need more?

Accuracy can be defined in as the likelihood of the process finding the  “correct” HLA type. In other words, it measures the proportion of true positive and true negative cases compared to all the allele calls made. 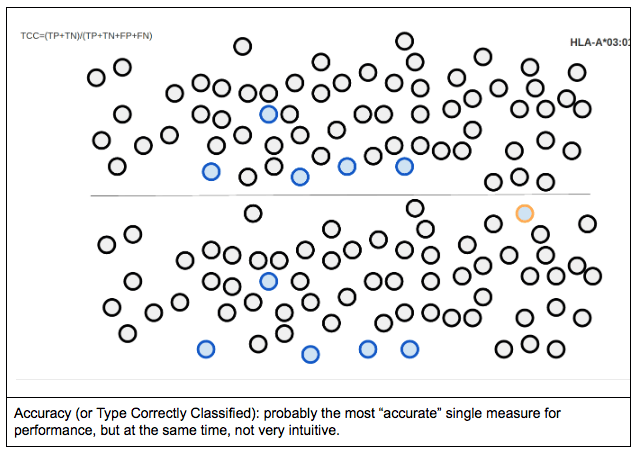 For a binary classification test precision is defined as the proportion of the true positives against all the positive results (both true positives and false positives).
Visualizing precision using the previously described method would look something like this: 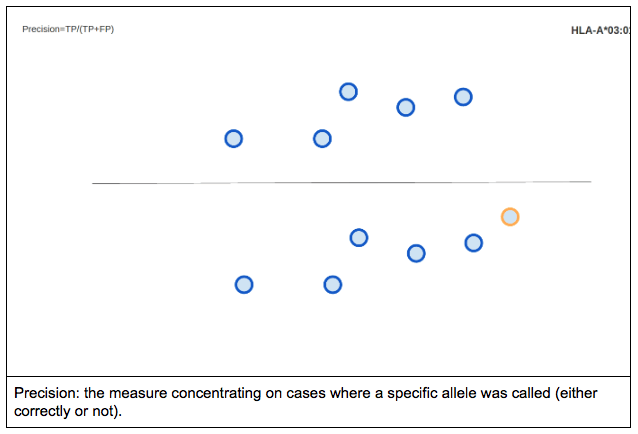 Negative predictive value is defined as the proportion of true negatives against all the negative results (both true and false negatives). 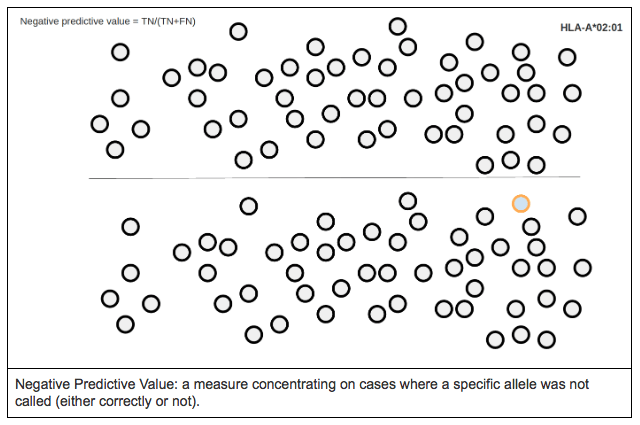 Analytical sensitivity is the proportion of true positives called by the software. In other words, it measures the percentage of cases for a specific allele where the expected allele was called. 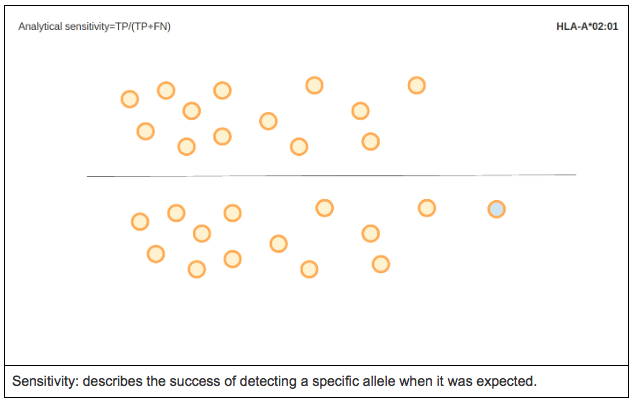 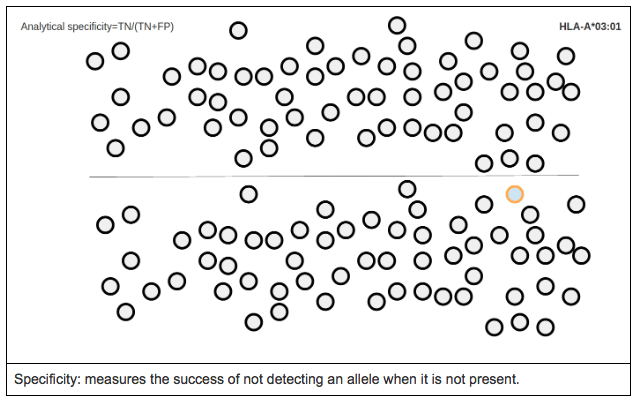 Reproducibility: measures differences between otherwise identical runs of the same sample set where each of the runs were sequenced with reagents from different production lots (e.g. run 1 was sequenced using lot 1 reagents, run 2 was sequenced with lot 2 reagents and soon.)

Repeatability: measures differences between repeats of the same samples within the same run.

Although it might be tempting to make decisions based on summarized performance measures, it is generally a good idea to look into the details behind the percentages. Probably the easiest way to spot systematic issues is to create a reference vs. genotyping call matrix. This way, the “trends” in mistypings can be observed. E.g. if A*02:01 is mistyped in five cases, it makes a big difference whether it is mistyped as five different alleles or a single allele (e.g. A*03:01).

It can also be a good idea to not limit your analysis to a fixed set of measures. E.g. none of the previously described measures give any information about genotyping ambiguity, even though high ambiguity can make genotyping results literally unusable.

Generally, my advice would be to following: 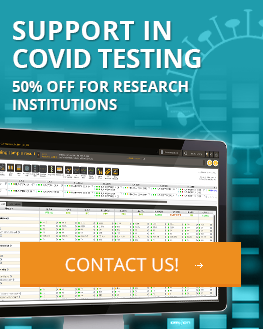