Transplantation has been one of the most challenging areas of modern medicine. Since there are more patients awaiting a transplant than available organs, the waiting list is growing exponentially each year [1]. Xenotransplantation, the transplantation of animal organs into humans, has long been appealing as a possible solution for organ shortage. 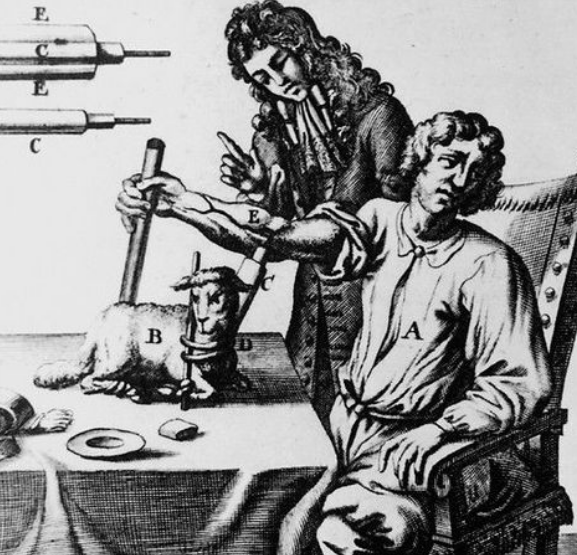 The idea behind xenotransplantation dates back to 1667, when the French doctor Jean-Baptiste Denys tapped the veins of farm animals to perform human blood transfusions [2].  His first patient, a 15-year-old boy, miraculously survived the procedure likely due to the small amount of sheep blood that he received and that allowed him to withstand the allergic reaction [2]. The practice, however, was soon banned as two further patients of Denys died [2].

Skin xenografts became popular in the 19th century [3]. Surgeons had began to use many species as donors, including rabbits, dogs, and even pigeons [3]. Notwithstanding claims of miraculous cures, medical historians believe that none of the grafts became permanent. Likely they just aided wound healing by covering the skin and providing protection for the ulcer beneath [3].

In the beginning of the 20th century, French surgeon Alexis Carrel developed a surgical technique (anastomosing/connecting blood vessels) that enabled the first successful organ transplantation [9]: Joeseph E. Murray and his colleagues at the Brigham Hospital, Boston, successfully transplanted a kidney between two identical twin sisters in 1954 [9].

Soon after, the limited availability of donor organs again raised an interest in animal sources. Professor Keith Reemtsman from Tulane University, Louisiana hypothesized that primate kidneys could function in human recipients [7]. He selected the chimpanzee as potential donor because of the species’ close evolutionary relationship to humans. Reemtsman carried out 13 chimpanzee-to-human kidney transplantations in 1963-64.  None of the patients survived more than 9 months, in fact almost all of them died in a couple of weeks after surgery, highlighting the complexity of our immune system [7]. Other physicians, such as Dr. Thomas E. Starzl, performed liver transplants between chimpanzee and numerous young patients with the same devastating outcome, regardless of the advent of cyclosporine, which was the first immunosuppressant drug invented and used for an operation [8].

In the late 1980s, a pioneering heart transplant surgeon Dr. David Cooper began to argue that monkeys are not the best donors for human. His most important argument was the size of the organ – he thought that the heart of a monkey is simply not big enough for a human adult while pigs, on the other hand, could be a more suitable alternative [10]. Dr. Cooper’s attempt  to transplant pig organs to humans yet proved to be unsuccessful. 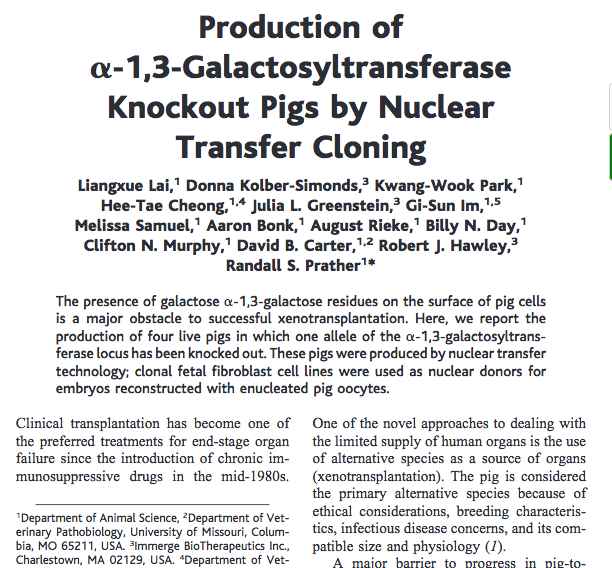 In the 1990’s, the Cooper lab identified the sugar alpha-1,3-galactose on the surface of porcine cells as the main trigger for the human immune system [11, 13]. Soon the first genetically modified, alpha 1,3-galactosyltransferase gene-knockout pigs had appeared [11, 13], and biotech companies began to invest a vast amount into developing an animal whose organs would be satisfactory for xenotransplantation. Among others, Novartis planned to spend more than $1 billion for scientific research and infrastructures where pigs could have been grown in a germ-free environment all around the world [19]. British companies, such as the Boston-based Genzyme and PPL Therapeutics that collaborated in the creation of Dolly, were also involved [19].

However, quite sudden and shocking news followed in a couple of years: scientists reported the existence of an endogenous pig retrovirus virus, Porcine Endogenous Retrovirus (PERV), that could infect human cells and unleash a deadly human epidemic [12]. Partly the latter was the reason, plus the numerous protests from animal-rights activists, for almost all biotech companies terminating their experiments and closing their labs around 2001 [17].

Yet xenotransplantation is still an active research area, governed by the most recent advances in genetics and genetic engineering – additional porcine sugars and key antigens have been identified, and pigs lacking them have been developed [14, 15].  The group of Prof. Muhammad Mohiuddin from the National Heart Lung and Blood Institute took an even further step and inserted two human genes to the pig genome: one that protects cells from an attack by the complement system, and another that prevents harmful coagulation. These are the human complement regulatory gene CD46 and the human thrombomodulin genes; respectively [16].

Most recently, in August 2017, researchers from the George Church and Luhan Yang lab at Harvard announced quite a breakthrough in xenotransplantation: they had used the CRISPR-cas9 system, a cutting-edge gene-editing technique, to inactivate 62 PERV genes in pig cells. From these fetal cells they cloned embryos, and out of the 37 piglets born, none showed any trace of the PERV virus [18]. 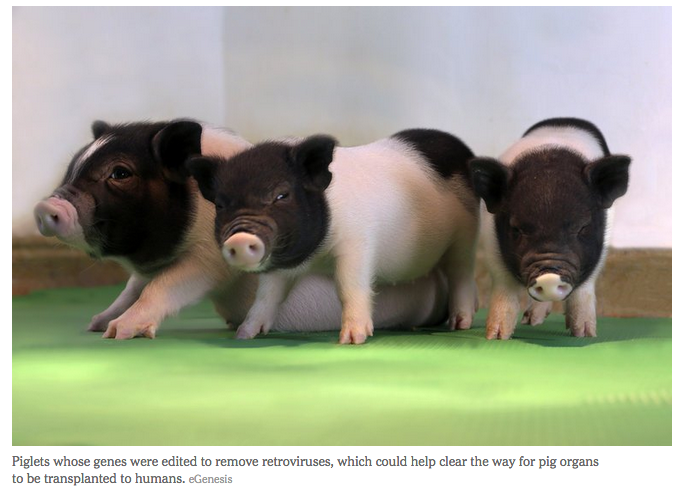 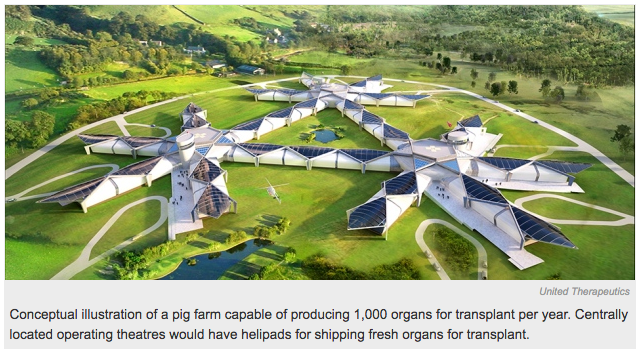 Further genetic manipulations and improved immunosuppressants will be necessary to eliminate pig organ rejection, however, decades of scientific setbacks in xenotransplantation seem to come to an end in the foreseeable future.