Both FastQC and PRINSEQ can generate some basic statistics for each fastq file. For FASTQC these are the following: “Total Sequences” (i.e. the number of reads), “Filtered Sequences”, “Sequence Length” (read length range) and “%GC” (average GC-content). Additionally, tables for “Overrepresented sequences” and “Kmer content” are generated. PRINSEQ calculates the following measures:

The standalone version of PRINSEQ generates the following types graphs:

As an exhaustive user manual and example datasets are available for both tools, I won’t present every graph from every tool, just some examples. 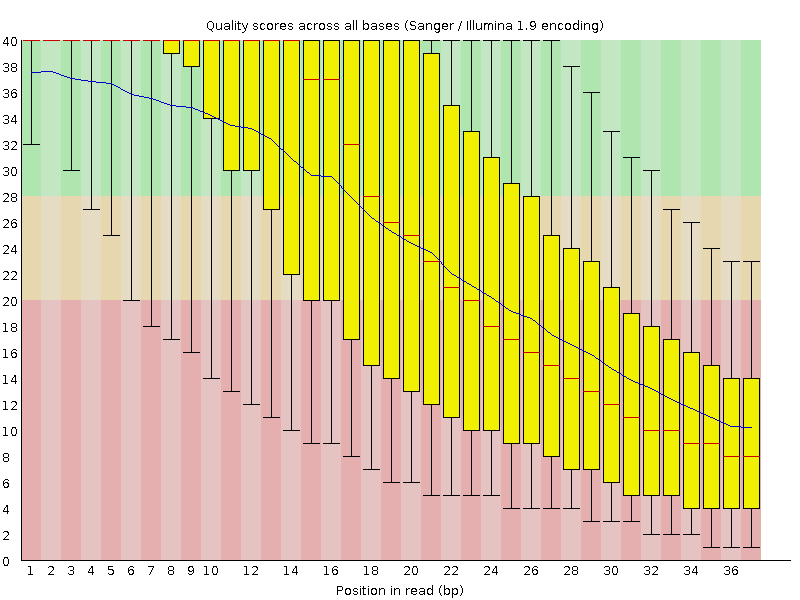 Per base sequence quality graph of one of the Illumina read files, generated by FastQC. Note, that this is a very early sequencing run (from 2008), the general
quality of the newer Illumina reads is usually around 33-35, or even higher. Of course, the read length improved significantly since 2008 too. 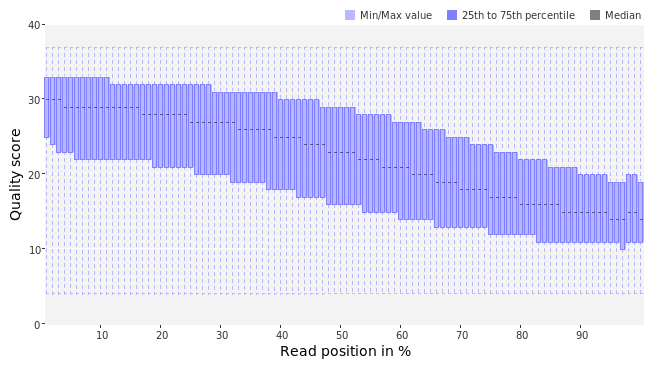 Per base quality graph of the IonTorrent fastq file, generated by PRINSEQ. Nowadays, Ion Torrent reads usually have a slightly lower quality than Illumina or 454 reads. 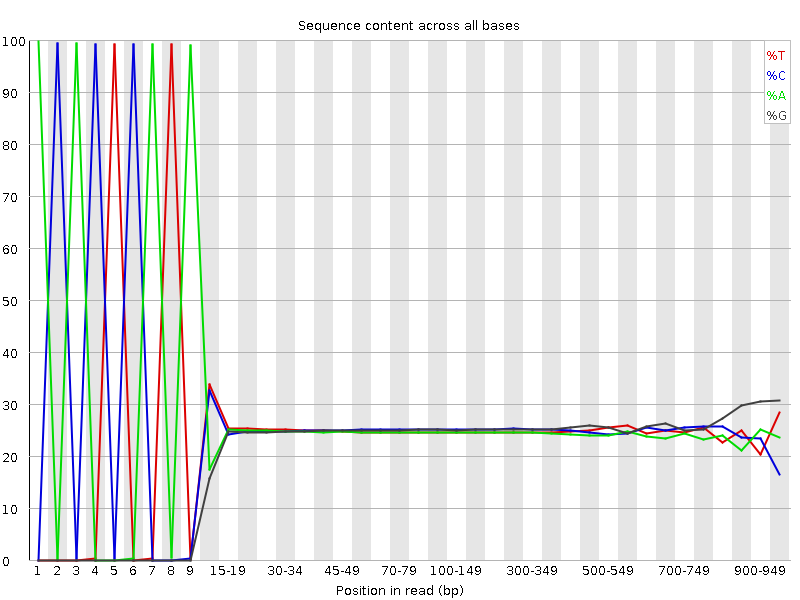 Per base sequence content of the 454 read file. You can easily spot, that the first 8-10 bases of all the reads are exactly the same. This usually happens, when the adaptors are not trimmed. The last few bases seem a little biased too, but that’s usually due to the lower number of long reads (basically, this is kind of like a sampling error: the higher base positions are represented by much less reads than the base positions in the beginning or middle).