When carrying out clinical trials, one of the most important logistical and statistical challenges is ensuring that your data accurately reflects the population you are setting out to study. None of us has the resources to test a drug on the entire human race, but if we want to have confidence in the results then we need to test it on a group that reflects the drug’s potential patients.

Of course a clinical trial of a drug for use on the elderly only needs results that reflect its effects on the elderly, and the same for any treatment with a specific patient pool. But whatever the group of patients you are aiming for, you want to ensure that the results accurately predict what will happen once the drug goes into use. This is where patient stratification comes in.

Stratification is the division of your potential patient group into subgroups, also referred to as ‘strata’ or ‘blocks’. Each strata represents a particular section of your patient population.

For example, patients could be divided up according to age, gender, ethnicity, social background, medical history, or any other factor that you consider relevant.

Groups of subjects are then included in the clinical trial to match each of these groups within the patient population. So a study into the intersection of genetics & medicine that is immunotherapy might need to include groups from different ethnic backgrounds and genders, to take into account genetic variations.

With the strata established, different approaches can be taken to identify suitable test subjects.

Stratified random sampling, or stratified randomization, uses random selection within each strata in an attempt to ensure that no bias, deliberate or accidental, interferes with the representative nature of the patient sample.

Potential test subjects for a strata are identified, and those to be used in the trial are picked at random from that group. Whatever search tool you have used to identify possible test subjects, you can use your data & software to randomise your choices.

Stratified randomization is often the most straightforward way to produce an accurate sample.

Stratified proportionate sampling, which can be combined with randomized stratification, is a way of ensuring that the test population represents the wider population without the need for further statistical manipulation. The percentage of subjects taken from each strata is proportionate to the percentage of the population in that strata. So if seventy percent of the likely patients are female then seventy percent of the test subjects would be female, and so on for other stratification factors.

Proportionate sampling is not necessary to ensure valid results, as the impact of different strata on the overall picture can be factored in mathematically. But it removes the need for that extra statistical step.

Disproportionate sampling is an approach to stratification in situations where a particular strata represents a very small proportion of the population, and so testing them proportionately might not provide valid results.

For example, if a test is set up using a thousand subjects, and one percent of the target population is over sixty, then a proportionate sample would include only ten test subjects over sixty. But while the test population as a whole might be large enough to draw reliable conclusions about the impact of the drug, the small sample in that age group would prevent reliable conclusions about its impact on them. Perhaps the researchers might be particularly concerned about the effect of their drug on those reaching retirement, or just want to make sure that each strata is properly tested. In that case they could take a disproportionate sample from the over sixty group – say one hundred subjects – and then manipulate their data so that those subjects’ results only had a one percent impact on the overall conclusions.

However sophisticated the alignment search tool you use on your genetic data, the results may not be useful if you haven’t used the right pool of test subjects from the start. This sort of problem is why patient stratification, and the use of randomization within it, is so vital for researchers.

Taking a test sample based on who is easily available can save on cost and effort, but it fundamentally undermines the results. If you want your research to be accurate, relevant and usable in medicine then you need to apply stratification, and to have the right tools available to analyse the results.

Omixon is here to help with that analysis. High resolution HLA typing may help select the patient population that is more likely to respond to a certain treatment. For example, the selection of certain HLA genotypes in clinical studies for metastatic colorectal cancer ensures that only the most likely respondent are included thus reducing the number patients and maximizing your chances to seeing any effect of the drug under investigation. Our software, probably the most accurate in the field, ensures that your data is quickly turned into usable results. So put your effort into getting the sample right, and let us take the effort out of processing it afterwards. 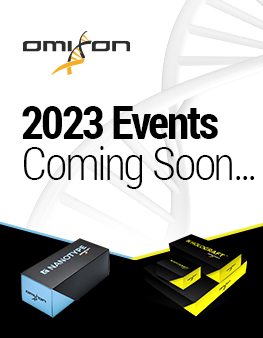